On February the 7th. 2012, Edward the Earl of Wessex visited Blackpool and Fylde College. He specifically visited the School of Creative Arts as well as the new University Centre. He was impressed.

I was in the fortunate position of talking to him just after he had been briefed by the Principal Pauline Waterhouse OBE. He asked me what I did and how long I had been at the college. He was extremely personable and I found him instantly likeable with a great aura. Firm handshake too.

Maybe I broke protocol - just stuck out my hand and he took it -moments hesitation. Seemed really genuinely interested in everything that was going on. Nice Chap! Family tradition has been maintained. My mother met his dad!
These are my photos. 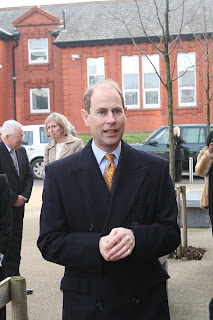 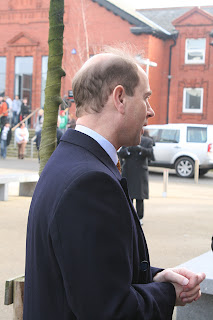 Great Day for the college!
Posted by Jol Martyn-Clark